By eck ladies and gents. There is an eatery that is back on the scene at North Brewing. Eat North. A line up of local food trucks in a brewery. What more could you ask for? The sunshine? Well you know what … Paul the Weather Man* delivered on his promise. 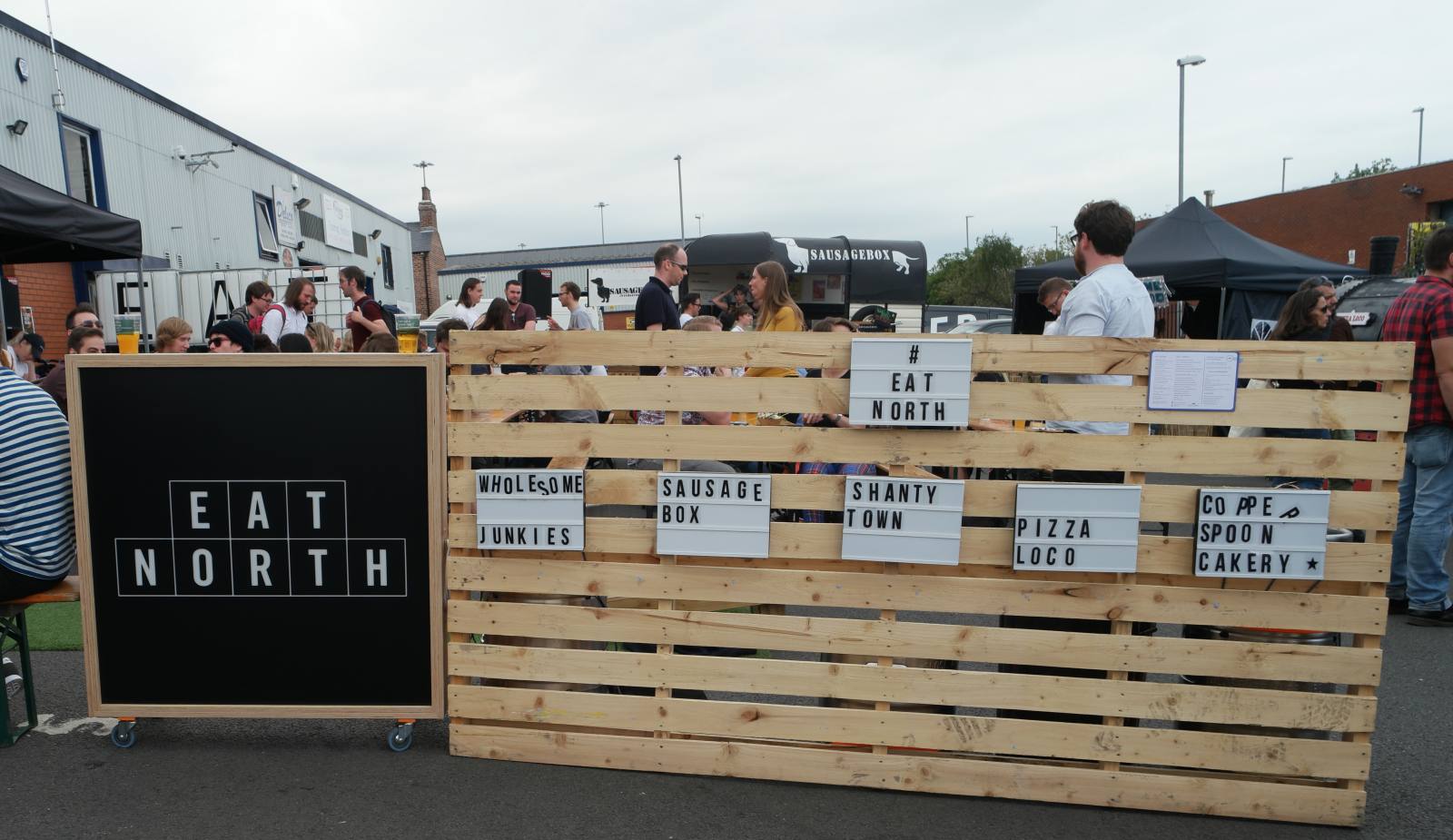 So is Eat North worth the trek out of central Leeds? Yes. Yes it is! I mean food trucks in there natural habitat (controversially not in a shopping centre) meaning they’re not over priced or hidden big brands under the food truck label. Actual real life local people selling amazing local food.

Shanty Town serve creole influenced seafood and barbecue and you know what I’ve never had food from a street food cart that actually tasted like restaurant quality food. I had the Coconut Prawn Supper and it was the dogs bollocks. I mean I couldn’t stop talking about how fresh it tasted. A huge portion of prawns finished with apple slaw and garlic butter. What is not to love!

Now I am not a Vegan by any stretch of of the imagination but a kebab I can’t say no too. Even a vegan one seems appealing after a pint or 2. This one was spicy and rather tasty and I even managed the dreaded herb that is coriander (cilantro for my American friends).

Tucked away inside the brewery was Copper Spoon Cakery and there awesome selection of sweet treats. I mean S’mores Brownies. I unceremoniously ate one. And I am very glad no one took a picture of me doing so. Lets say these ain’t for the faint hearted. They are amazingly gooey and delicious and you need both hands and a bib.

So there is the round up guys and gals. The next event will be 1st September and the gods have decided I have to work but you should go along and eat all the best food. There are new food trucks every week and Leeds Indie Food will tell you whats up next and when on Facebook.